In the age of Trump, the biggest enemy to the American people has been California.

This coven of vile liberals has tried to oppose the president at every turn. They’ve only succeeded at showing us just how un-American they are.

Their latest move is simply ridiculous and will most certainly be overturned.

As reported by The Hill, the California State Assembly passed a bill on Thursday requiring presidential candidates to release their returns. And if they refuse? They won’t be on the state ballot when 2020 rolls around.

State Sen. Mike McGuire (D), a co-author of the bill, released a blistering statement against Trump after the legislation passed:

“President Trump’s blatant disregard for the tradition of releasing tax returns is dangerous to our democracy. For decades, every President has put their personal beliefs aside and put our country first and released their returns…” 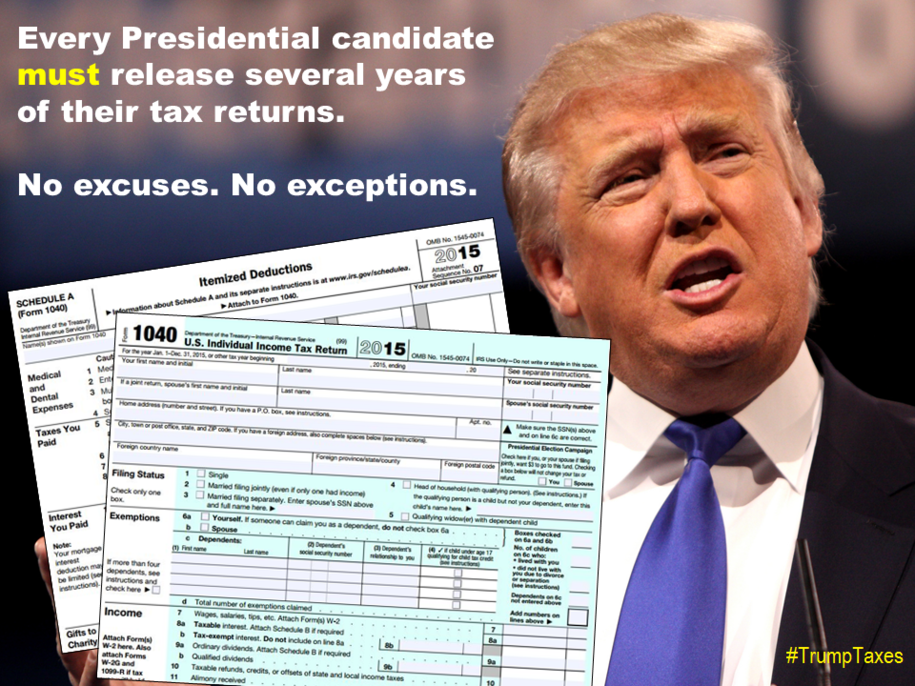 While there are no laws requiring presidential candidates to release their tax returns, SB 149 would require the release of five years of returns, which would then be published online…

As noted by Washington Examiner, while nearly 30 states introduced similar legislation in early 2016, California would become the only state to approve the legislation.

The release of tax returns is completely unrelated to a candidate’s ability to run the country. Consider the fact that Bernie Sanders and Hillary Clinton both released theirs—two people with shady backgrounds, who have been under federal investigations.

Tax returns prove nothing. It was simply a distraction used by democrats as a pathetic attempt to smear Trump. But obviously the American people did not agree.

When some of his tax returns did come to light, it only proved he paid more than his fair share. Right, Rachel Maddow?

This bill, if signed into law, only affects California. And considering it interferes with the democratic process of our nation, is vulnerable to getting struck down by the Supreme Court.

So good job, Cali, you once again wasted everyone’s time and resources.