Why does Mexico want to make it so easy for its citizens to leave their country and immigrate into the the United States? Are these illegal immigrants criminals or people who are largely unemployable they are trying to get rid of?

There’s obviously a problem here in that it certainly does not speak well of a nation when sizable numbers of their citizens are willing to risk arrest in the United States just to get out of Mexico? Why is Mexico engaging in this act of self-humiliation?

Anyway, sanctuary cities in the U.S., which are desirous of hiding illegal immigrants from federal border control authorities are suing Texas to overturn the law that makes such actions by local officials a crime in Texas. Mexico has just filed a brief with the court in support of the position of the sanctuary cities. It sounds like Mexico wants nothing to stand in the way of their getting rid of some of their citizens, whatever their motivation might be for such a position.

“Mexico filed an affidavit Monday in support of a lawsuit against the implementation of a Texas law to punish sanctuary cities and allow police officers to inquire about the immigration status of someone they have arrested or detained.

“The Mexican government said in a statement that the law could increase racial discrimination and create an environment of persecution.

“The statement said that the number of calls to the center for information and assistance for Mexicans in Texas in May and June increased 678 percent compared to the year prior. This is reflexive of the uncertainty and ‘anguish’ that the Mexican community in Texas has felt due to the law.”

There you go. When all else fails, play the race card: “[T]he law could increase racial discrimination.” 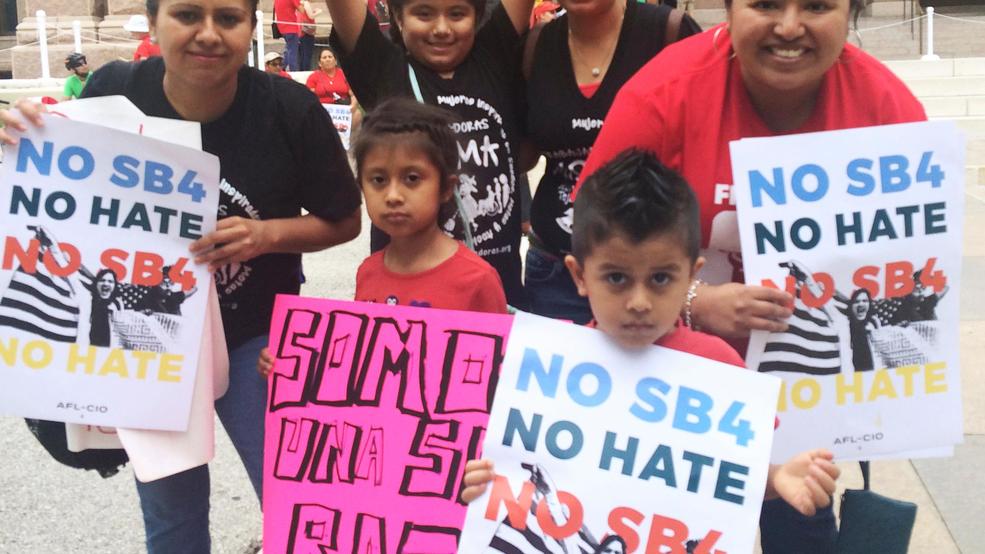 Race is irrelevant in this case. Mexicans and other Hispanics are most welcome to apply to enter the country legally, and many do.

If Mexico were such a desirable place to live, you would think Americans would want to pour into the country. But apart from a couple of nice vacations spots Americans visit briefly, that is certainly not what is happening.

Perhaps the best conclusion would be to presume that Mexican leadership is offended or insulted by the fact that the U.S. might find some of their citizens to be undesirable residents in the United States. They might go so far as to accuse us of racism, which has nothing to do with it.

What we’ve got hold of here is a case of Democrats wanting to flood states like Texas with voters who will no doubt show their gratitude to those Democrats who have led the way to giving these illegals sanctuary by voting for the Democrats in upcoming elections. So these unfortunate souls are really political pawns.

The court should send a note to the government of Mexico thanking them for their helpful suggestions after which discarding the affidavit without further consideration.